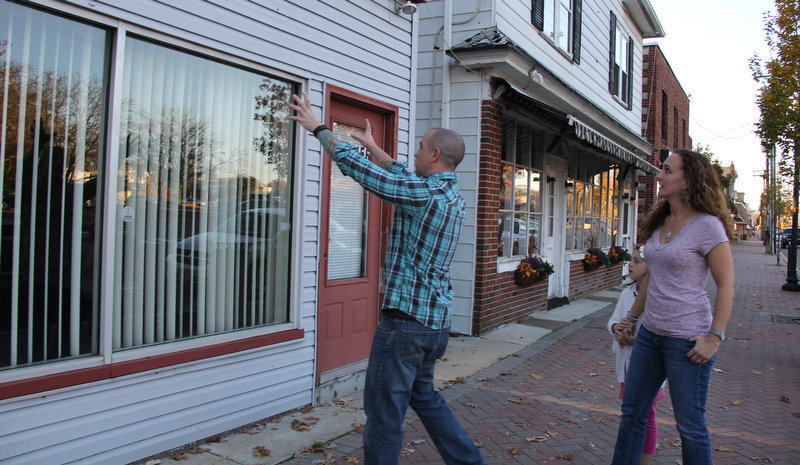 On Saturday afternoon, Kelly Green Brewery will open on Broadway, the main road in Pitman. The brewery will be complete with a tasting room, taps, and more than enough beer to go around, becoming the first brewery in the historically dry town.

“I think opening a brewery here in Pitman will definitely add a breath of fresh air,” said Justin Fleming, owner of Kelly Greene.

Due to a new state law that allows limited breweries to make beer and sell it by the glass in a tasting room, Kelly Greene will opens its doors, although liquor licenses in Pitman are still banned.

“My wife and I grew up in Pitman. This is our home and we know the history of the town. We know that the town is very religious which is why it’s a dry area,” said Fleming. “But we thought it was time to revitalize a little and we’re very excited for the chance to do this.”

The law goes into effect immediately and will help microbreweries and brewpubs in New Jersey, including Flying Fish in Cherry Hill and Tun Tavern in Atlantic City.

In addition to being the first brewery in Pitman, Fleming is furthering the local appeal of Kelly Greene by working with a local farmer to produce the beers.

“It’s great. He comes twice a week and takes the spent grains to use at his farm,” said Fleming. “He also plans on becoming a local hop grower for us starting in the fall which is really great and adds more of a local feel to things.”

But that’s not all for brews in Pitman. By the end of summer, a second brewery called Human Village is expected to open just down the street for Kelly Greene.

“This is pretty big,” said Fleming. “I think this will turn Pitman into a cool place to hang out and enjoy good beer and good people.”

The ribbon cutting will be held at 11:30 a.m. on Saturday, May 7. The brewery will be open until 10 p.m. following the ceremonial first keg tap for the community to come out for tastings, raffles, and plenty of specials.