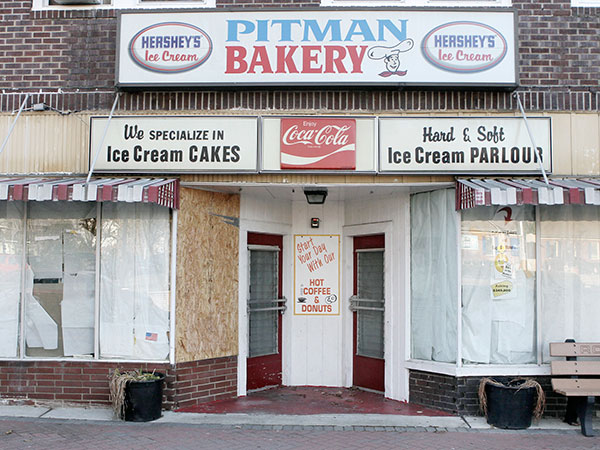 It’s time to make the doughnuts.

The landmark Pitman Bakery is scheduled to reopen in the spring after closing more than a year ago, leaving a void along South Broadway storefronts.

Retired Deptford Police Chief Dan Murphy, 47, and his wife, Veronica, 48, a registered nurse, are starting a new career and family business. They say they will carry forward some of the traditions of the former bakery while they merge it with their vision for a modern shop.

“We’re going to do our best to live up to the old standards and hope to see the same success,” said Dan Murphy, who will oversee maintenance and finances, while his wife will be in charge of baking. They have three children, 16 through 20, who will also spend some of their time working there.

The Pitman store, he said, was attractive because they wanted a small town. The name, possibly Ronnie’s Pitman Bakery, is still a work in progress.

Murphy said he was looking for a change after retiring from police work last year. His wife, who loves to bake, always wanted to own and run a bakery. She said she baked sweets for her friends and coworkers for years.

“They loved my food, and I loved watching them eat it,” she said, describing the pastries, breads, and frostings inspiring her culinary aspirations.

The transition from the previous owners, who had the business for more than 45 years, was difficult, Realtors said.

“It was very emotional,” said Dee McClave of Berkshire Hathaway HomeServices Fox & Roach Realtors, who said several generations of the same family had run the bakery, which earned a regional reputation from the Jersey Shore to Philadelphia. Selling the business was a tough decision.

McClave, who is also a hair stylist, was the listing agent and said there was much interest around town.

“Every day people would ask me: Did you get that bakery sold yet?” McClave said.

Mike “Flip” DeFillippis of Remax Connection in Mantua said the Murphys called him about the Pitman property, aware of its history.

In addition to the store, there are two second-floor rental apartments.

“We were very happy to get the deal closed,” said DeFillippis, who said the Murphys promised that “the Flip,” a blueberry and cream-filled doughnut, would be named after him.

Yvonne Giovannitti, president of the Greater Pitman Chamber of Commerce, said she was thrilled to have the bakery return along the business corridor that also boasts the restored Broadway Theatre, which opened in 1926.

“In this economy, to have a viable business come back into town is huge,” Giovannitti said.