Grant will go towards new public space for Pitman

Dreams of a Pocket Park facelift in the heart of Uptown Pitman will soon become a reality thanks to a THRIVE SJ Grant that was presented to the Chamber of Commerce last evening by Laura Wallick from New Jersey Community Capital. The $15,000 grant will go towards the conversion of Theatre Avenue to Theatre Plaza, a new public space in the center of the downtown. 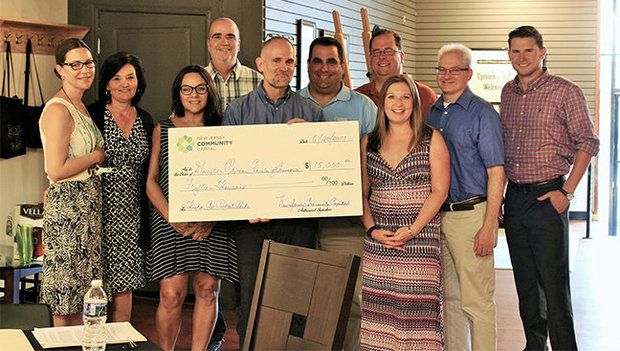 Through the fundraising efforts of the Greater Pitman Chamber of Commerce, this new space with shoppers strolling and sitting among canopy lights, bistro tables, beautiful planters, and weekend music and art is finally coming to fruition.

The grant was received by members of the chamber and the economic development committee, with Mayor Russ Johnson and several members of council in attendance. This grant is awarded to towns to help support targeted projects or activities that help enhance the impact of community based organizations in achieving their community development missions. This is a very special honor for Pitman. 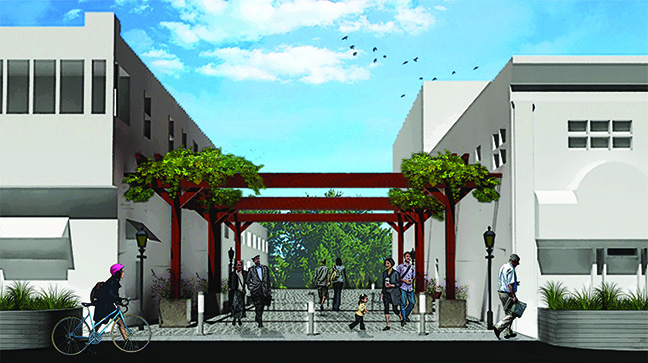 The $15,000 grant will go towards the conversion of Theatre Avenue to Theatre Plaza, a new public space in the center of the downtown Pitman.

Pitman, located just minutes east off Route 55, just west of Rowan University, and 20 minutes from Philadelphia, is a unique town with a vibrant business district and an ongoing calendar of music, arts and other well-known events that draw visitors from a large area.

This item submitted by Joan Stoltzfus for Greater Pitman Chamber of Commerce.