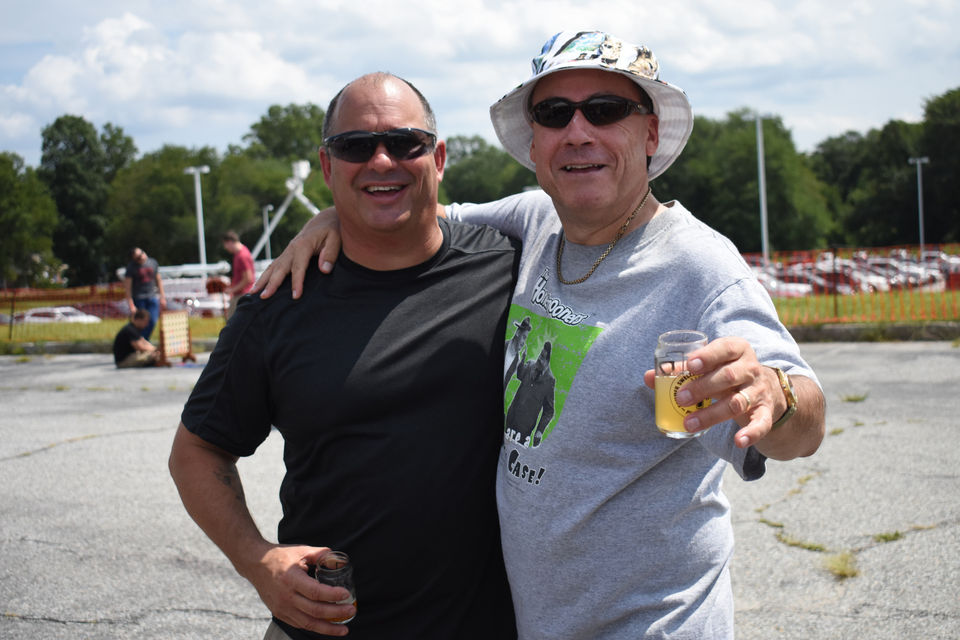 The smell of beer and barbecue hung in the air over Pitman on Saturday during the Summer Swelter Craft Beer Festival.

Beer lovers from all over South Jersey gathered to try craft beer from more than 40 different breweries and food from seven food trucks.

As people started to gather outside the gates, volunteers were ready to lend a helping hand. Each person was given a free tasting glass and a list of all of the breweries. A little over an hour into the festival and the volunteers were pleasantly surprised by the turnout.

“We decided to volunteer because we love Pitman and wanted to support the town,” said Pitman resident Brittany Kervick, as she helped her fellow volunteer Sarah Rusko hand out glasses.

“[The festival] has been a huge success, even bigger than expected,” Kervick said.

The town of Pitman had a city-wide volunteer sign up and organizers were overwhelmed with the number of people who wanted to donate their time.

“The number of volunteers shows such great civic participation,” said Matt Blake, the Director of Community Development for Woolwich Township. Blake recently moved to Pitman, New Jersey from the state of Arizona and was amazed when he saw what a tight knit community Pitman was.

“None of this would have happened if not for the local breweries,” said Blake. Two of Pitman’s own breweries — Kelly Green Brewery and Human Village Brewing Co. — were a highlight of the festival.