Watch out! In Pitman, it’s a trap! 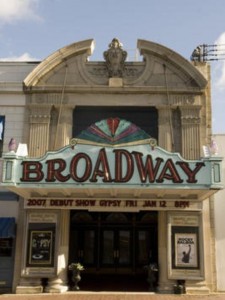 When I heard of an apparently perilous fundraiser in Pitman, I hoped for the worst.

The “escape-the-room” experience isolates a group of people in an old-time detective’s office, then closes the door on them. The victims — er, participants — have 45 minutes to figure out how to prevail in “Trapped Uptown.”

Of course, I imagined all kinds of ways the trauma might be intensified.

After a few minutes, water could seep into the room, rising inexorably to soak the slow-witted. Heating vents might open to unleash a crawling cloud of tarantulas.

Or worst of all, one player would be a ringer — inserted into the group due to his gassy nature.

Participants face a series of increasingly difficult mental challenges in a room sprinkled with hidden clues, noted Lisa Morgey, who helped create the event as president of the Greater Pitman Chamber of Horrors.

Wait, that’s “Chamber of Commerce.” Once again, my hopes got the better of me.

“It’s a great event and it’s good for team building,” said John Fitzpatrick, a borough accountant and chamber vice president, who was part of a group that took the challenge recently. “We finished with three minutes to spare.”

The fundraiser, which runs through Dec. 18, is part of an effort to raise $90,000 for a planned pocket park on Theatre Avenue, a small street adjacent to the landmark Broadway Theatre. About $20,000 has been collected so far, with a gala and other events still in the works.

Uptown Pitman? I’m not sure where that neighborhood is, I confessed.

“It used to be Downtown,” he explained. “We’re trying to revitalize and brand Pitman, so we made it Uptown.”

Organizers don’t want to say too much about Trapped Uptown, preferring not to give away several surprises.

“Each puzzle leads to a lock. You unlock that and there’s another puzzle,” said Morgey, who runs a Pitman printing business. “It isn’t rocket science but because you don’t know what to expect, even simple things can be hard to solve.”

“It is not a sit-down kind of thing,” she added. “You’re looking for clues, so you’re moving around, looking under the furniture, behind things on the wall, in the books on the bookshelves…”

OK, maybe a few surprises slipped out there.

Trapped Uptown takes place in the chamber’s headquarters on 2nd Avenue, where the Welcome Center now resembles the office of a fictional private investigator, I.M. Jeffries. Groups of up to eight people, paying $15 each, must solve the riddle of this guy’s decades-old disappearance.

Organizers readily admit they borrowed the concept from for-profit ventures in Philadelphia and elsewhere. Sure, I.M. Jeffries might say they stole it, but he’s not really available for comment.

And speaking of snoops, chamber personnel can follow the action — and supply hints — via a computer hookup with Jeffries’ old haunt.

“We’re in the office next door,” Morgey said. “The fun for me is watching other people do it. Every time they find something, we get so excited.”

Now, I’m probably not the best candidate for this activity. On more than one occasion, I’ve been trapped in a room for what seems like 45 minutes, pushing on a door marked “pull.”

And if things go wrong for you? If the walls start closing in, the temperature rises, the body odors become unbearable?

“The door is not locked,” he told me. “You can always step outside.”

Jim Walsh’s column runs in print Friday. Reach him at jwalsh@gannettnj.com or @jimwalsh_cp

If you go
Trapped Uptown takes place through Dec. 18 in the Greater Pitman Chamber of Commerce Welcome Center on 2nd Avenue. Groups of up to eight players, ages 12 and older, can book online at uptownpitman.com. Cost is $15 per person.